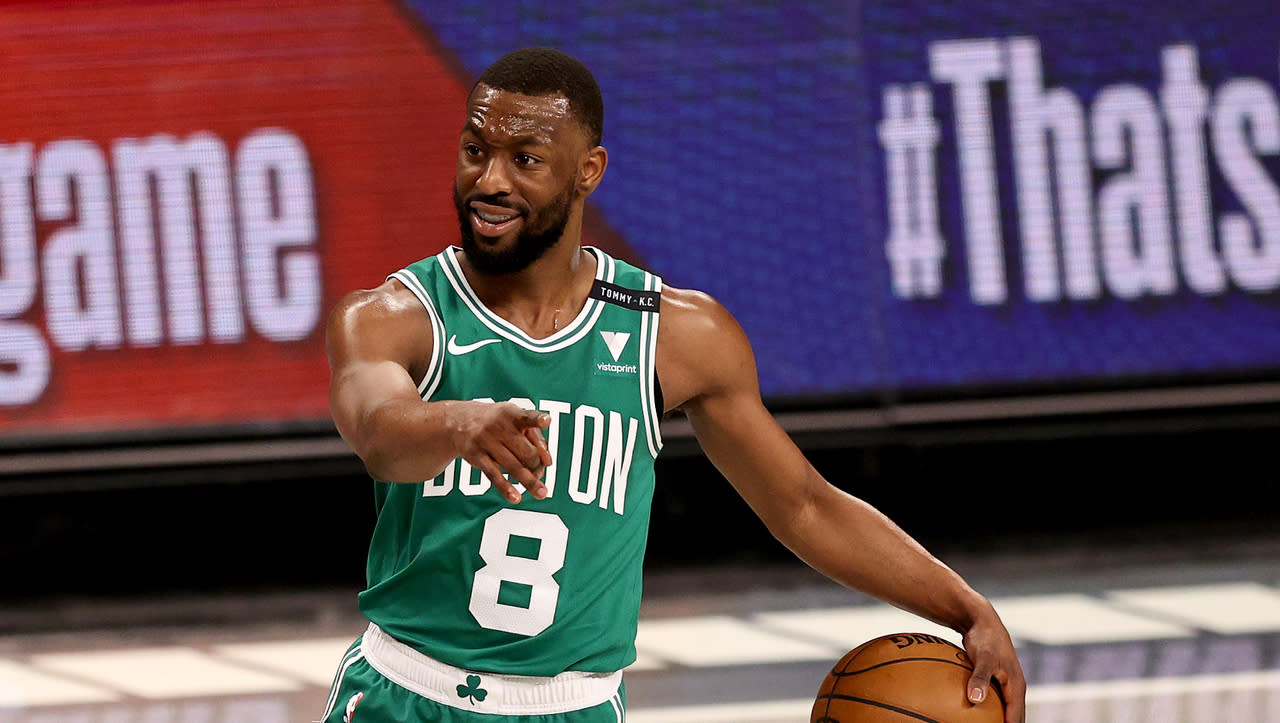 What had been speculated since the end of the disappointing 2020-21 season for the Boston Celtics came to fruition on Friday morning, as new President of Basketball Operations Brad Stevens has traded Kemba Walker to the Oklahoma City Thunder. Adrian Wojnarowski was the first to report the news.

In addition to the salary cap relief Boston desired by moving Walker’s contract, the Celtics will welcome back old friend Al Horford, who left the Celtics after the 2018-19 season to sign a lucrative contract with the Sixers. Horford played a career-low 28 games this season for the Thunder, averaging 14.2 points and 6.7 rebounds a game.

Horford’s one season in Philadelphia did not go as the Sixers envisioned, in large part due to his poor on-court fit alongside Joel Embiid. Sixers president of basketball operations Daryl Morey dealt Horford to Oklahoma City, acquiring Danny Green.

If he sticks with Boston, Horford’s matchups next year with Embiid should be interesting to watch. The Celtics struggled to defend Embiid this season, allowing him to score 38.3 points per contest in his three games against them.

To sweeten the deal the Celtics included their first-round pick (No. 16) in next month’s NBA Draft, as well as a 2025 second-round pick.

Oklahoma City included Moses Brown as part of the deal, a 7-foot-2, 245-pound big man who went undrafted out of UCLA in 2019. He spent time with the Blazers and Thunder on two-way contracts and has distinguished himself in the G League.

Brown was named to the All-NBA G League First Team after season averages of 18.5 points, 13.9 rebounds and 1.9 blocks in 26.4 minutes per game this past season. He was also placed on the NBA G League All-Defensive Team.

https://bucket1.mm-syringe.com/prod/configs/9493b77c-b8ce-c6cb-43d4-8128c96d515e.jshttps://bucket1.mm-syringe.com/prod/injector/injector.1.3.jsGeorgia softball’s postseason run has come to an end. The Bulldogs fell to No. 1 seed Oklahoma 8-0. OU’s victory came in just six innings thanks to the run rule. The 0-2 showing in Oklahoma City eliminates UGA from the 2021 Women’s College World Series.Georgia had been on an impressive postseason run. The Bulldogs snapped…