Lending Tree Bowl college football sees the Flames and Eagles meet at Hancock Whitney Stadium on Saturday, December 18, 2021. The first, last, and only time these two met was all the way back in October of 1989 as the Flames took a 25 – 24 win at Rynearson Stadium early in the regular season.

You will be able to catch this game on the main ESPN Network or the ESPN App.

The Flames are favored by 9 points in this Lending Tree Bowl matchup against the Eagles in Mobile, AL. A pair of 7 – 5 programs that might have had higher expectations than playing in one of the first bowls in 2021 but a post-season appearance of any type is still a good measuring stick headed towards next year.

The Eagles found their 6th victory of the year with the win over Toledo and win #7 came just before the last game of the regular season against Western Michigan in an exciting fashion. Eastern Michigan stumbled in their final game against their rival Chippewas, 31 – 10, so the goal is to pick up the pieces and give Liberty a game on Saturday.

The Flames defense was a strength all season for this Liberty program and their numbers against the pass are stellar. We all know about the featured QB, Malik Willis, and there were plenty of moments that he was either throwing or running the ball to move the chains and put points on the board all season.

Everyone was expecting Malik Willis to be a stud this season and he didn’t disappoint in the least. Hey, the 7 – 5 record may not be 10 – 1 again as it was a season ago, but 3 straight bowl appearances for Hugh Freeze is still a big positive.

Freeze even took this team into Ole Miss this year!! Come on man, that took some fucking balls and we all knew that Liberty had no right walking into SEC country trying to compete with #10 and that offense. This team did hang with Ole Miss though, but a loss is a loss no matter what the line is or what field we’re playing on.

Keep in mind now, this team was 7 – 2 and there was still talk of a possible double-digit win season this year until the wheels fell off. Ending the regular season schedule 0 – 3 is obviously not the way any program wants to head into a bowl game, but there’s nothing that can change that now.

The 0 – 3 against Ole Miss, Louisiana, and Army is actually concerning, however, because the Flames only managed to score 44 combined points while allowing 100. Last I checked when you have been outscored 100 – 44 over any span the odds of winning games goes down a bit.

Malik Willis will need to gain all 180 of those ground yards he needs to be a 1,000-rusher in 2021. At 820 yards, he has actually also lost 324 yards to sacks… ALL 50 OF THEM! That dude barely managed to stay on his feet enough to lead this offense so it is amazing what he actually did accomplish this year.

The Eagles’ run defense really ain’t that good, man, as they allow 196.9 YPG which ranks them back in 113th in the country. One thing the Eagles do well is moving the ball through the air but they will be going up against a formidable pass defense in this year’s Lending Tree Bowl.

The Liberty pass defense ranks 5th in the nation only allowing 174.2 passing yards a game, but you certainly need to be aware of the schedule this team took on in 2021. There was not a ton of sound passing offenses that they had to deal with so those numbers could be a little misleading.

The Eagles put up 31 points a game and that has them ranked 46th in the nation and they are led by Ben Bryant. Bryant only needs 79 passing yards to topple the 3000-yard mark for the year but he has only thrown 14 TD passes all season long. You are not going to see Bryant doing anything like Malik does with his legs.

Samson Evans is third on the depth chart in rushes with only 70 attempts all season but he took 12 of those runs into the end zone to lead the team in that category.
Jawon Hamilton and Darius Boone Jr. each carried the ball over 100 times this year and they combined for 10 TD with 1,031 yards.

Hassan Beydoun only needs 68 receiving yards to also be over 1,000 yards for the year and his 86 receptions easily make him the go-to dude for Bryant.

At this point, convincing me that Liberty can bet anyone by double-digits would take some doing. Obviously, at -9 they need to win this game rather handily to cover and I don’t see it happening. I foresee a 31 – 26 type of game playing out so we think dog!

If you’re looking for more picks like this Liberty Flames vs. Eastern Michigan Eagles matchup we’ll be providing 4* free College football game predictions on the blog all season long, and check out our Experts for guaranteed premium & free CFB Football picks!

Our resident upstate New Yorker at Cappers Picks and one of our main guys for free sports picks. Ej has been betting on sports dating back to the 1980s and has featured in 4 straight World Cup Magazines (3 Men’s, 1 Women’s). With knowledge in multiple sports, you can trust that Ej knows what it means to be invested, always conscious of ROI and value. You can expect to see his articles pertaining to European football (Italia Specialty), as well as MLB, NHL, NCAA Football, and NCAA Basketball in the United States. In Bocca Al Lupo!

For the second time in three days, Phoenix hosts Dallas at Footprint Center, so we bring you the best Mavericks vs. Suns betting pick and odds for Friday, November 19, 2021. According to Bovada Sportsbook, the Suns are firm home favorites, while the short-handed Mavericks look to avoid their eighth straight defeat to Phoenix. Dallas…

The Palmetto Championship is a one-time replacement to the RBC Canadian Open, but if the course in Gillisonville, South Carolina is received well by the players and the fans, we could see the PGA Tour make a spot for Congaree Golf Club on the calendar. COVID-19 restrictions prevent the players from heading up to Canada… 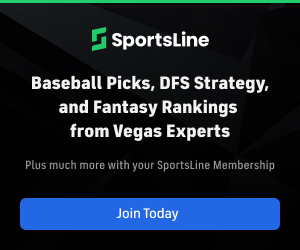