All the value on Arkansas is gone at +180. It opened at +750 last week and I loved it then. It was bet down to +500 before the regionals and even Dave Portnoy got in on the action.

For those of you who did get futures in on Arkansas last week, I would advise taking a small lotto ticket flyer on NC State at +5000 as insurance. The Wolfpack are on fire heading to Fayetteville and have a shot in this super regional. After opening the ACC season at 1-8, they stormed back to finish 2nd in the regular season standings and the ACC Tourney. NC State then plowed through the Ruston Regional beating #1 seed Louisiana Tech by a combined 22-10 score in their 2 matchups. Baseball is a funny game and the Wolfpack have confidence and momentum. I do think Arkansas wins the super regional but it will be a fight.

The Vandy Boys are now +450. I took them at +900 last week and am thrilled I did. They are a heavy favorite over #13 seed East Carolina in the Super Regional in Nashville and will ride the lethal combo of Kumar Rocker and Jack Leiter to Omaha. They are on a collision course with Arkansas as they are on the same side of the bracket.

Texas is the third favorite at +500. The Longhorns have three really good starting pitchers and a super easy journey to Omaha. They breezed through the soft Austin Regional over Southern, Arizona State and Fairfield and now face #4 seed South Florida who shocked the college baseball world in Gainesville. Texas is also on the right side of the bracket in Omaha away from Arkansas and Vandy.

Tennessee is +600. The Vols are a heavy favorite against LSU this weekend to make it to Omaha. They have a deep team and Tony Vitello could be the NCAA Coach of the Year. Still not taking them at this short of a price and LSU could be tricky this weekend in Knoxville.

Behind the four favorites there is a big drop to Mississippi State at +1200. The #7 seed Bulldogs host #10 seed Notre Dame in one of the best Super Regional matchups this weekend. I am fading State as all year they have beaten teams the should beat and struggled against top competition but did win 2 of 3 against Ole Miss in Starkville.

#8 seed Texas Tech is +1500. I like their chances to get to Omaha vs. Stanford in Lubbock this weekend but they are on the wrong side of the bracket. Pac 12 Champ Arizona at +1700 is also hosting a Super against #12 Ole Miss. The Wildcats have a dynamic offense but not enough pitching to get through the tough side of the Omaha bracket if they make it.

My pick for this column is to add Notre Dame at +1800. The Fighting Irish dominated a tough ACC running away with the regular season title and 22 wins. They have strong starting pitching and Niko Kavazaas the slugging Greek 1st baseman. The Irish outscored their opponents in South Bend Regional by an insane 50-5. This team is a powerhouse and is being slept on solely because they are from the North and not a consistent power program. I think they get it done in Starkville and land in the weaker half of Omaha bracket.

I have no interest in Stanford at +2000 as I think they fall in Lubbock this weekend. Texas Tech has a crackerjack ballpark in West Texas and is an extremely hard place to win on the road.

Ole Miss at +2200 seems about right. The Rebels definitely have a shot as a slight underdog at Arizona this weekend but would land in tough part of Omaha bracket and lack pitching depth so I am staying away and just pulling for them with my heart. A lot at stake this weekend as an Ole Miss Omaha run coinciding with me covering CWS for Barstool could literally land on the moon.

Dallas Baptist and Virginia are both +3000. They clash in a Super Regional matchup in Columbia, SC this weekend. I already gave out DBU at +15000 last week and am just sticking with that. I slightly lean UVA in the super matchup and have no opinion on either of these at +3000.

East Carolina and LSU are both +3300. Of the two I like LSU more as I think they have a decent shot in Knoxville this weekend. I could see the Tigers getting to Omaha and then anything could happen on weaker side of bracket. I do not think they have enough depth to win the whole thing but it would be an incredible story if the retiring Paul Mainieri could make one last Omaha run. ECU is running into Vandy and I would be pretty shocked if they made the CWS.

Finally NC State and South Florida are long shots at +5000 and +6000. As I mentioned earlier, I like a flyer on NC State as insurance if you bet Arkansas to win CWS. I also do not hate a small bet regardless. The Wolfpack are so hot that they have a shot in Fayetteville. They are a dangerous team playing with house money and nothing to lose. If they somehow upset Arkansas, they def would have a shot in Omaha. They are certainly facing a monumental task but don’t mess with a team on a heater.

South Florida has been on a huge run too shocking the college baseball world twice by winning AAC Tourney and the Gainesville Regional. They are +800 to win the Super in Austin but I just can’t see it. Midnight will strike the Cinderella Bulls at the Disch in Austin.

You can buy a Barstool in Omaha shirt here and we are only 8 days away from going out West!

Andrew Olson | 1 month ago Arkansas picked up commitment No. 10 for its 2022 class with a Mother’s Day pledge from 4-star in-state offensive lineman E’Marion Harris. The Robinson High standout made the announcement Sunday on campus and also posted on his Twitter account.On the 247Sports Composite, Harris (6-7, 370 pounds), is rated 4-stars,…

Adam Spencer | 1 month ago https://bucket1.mm-syringe.com/prod/configs/9493b77c-b8ce-c6cb-43d4-8128c96d515e.jshttps://bucket1.mm-syringe.com/prod/injector/injector.1.3.jsIn 3 games not played against Sam Pittman and the Arkansas Razorbacks, the Texas Longhorns have looked incredible this year.However, those games weren’t against teams currently in the top 10, like the Hogs are right now. They were also all held in the friendly confines of Austin, Texas.That didn’t… 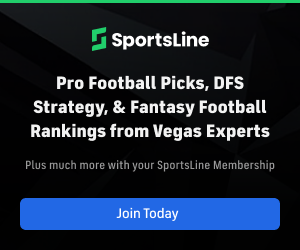