Raise your hand if your March Madness picks included No. 15 Oral Roberts advancing to the Sweet 16! Nobody? Anybody? Didn’t think so.

The Golden Eagles dispatched Ohio State and Florida to become just the second 15 seed to ever reach the second weekend of the NCAA Tournament. But up next is the No. 3 Razorbacks, playing in their first Sweet 16 since 1996—and who college basketball betting lines opened as an 11-point favorite.

Will the Hogs restore order, or will Oral Roberts’ Cinderella run continue? Check out our free Oral Roberts vs. Arkansas picks and predictions to get our thoughts, with tip-off scheduled for 7:25 p.m. ET on Saturday, March 27.

FanDuel went up with Arkansas an 11.5-point favorite late Sunday night, made a couple of trips to -11, then returned to -11.5 Tuesday morning and stuck there all week. However, as of 5 p.m. ET on game day, Oral Roberts is clearly a public underdog, attracting 76 percent of bets and 72 percent of money on the point spread. The total dipped from 159.5 to 157 and is now 157.5, with 66 percent of bets/61 percent of cash on the Under.

Oral Roberts: None.
Arkansas: None.

The Razorbacks are 9-2 ATS in their last 11 games as a favorite. Find more NCAA betting trends for Oral Roberts vs. Arkansas.

Picks made on March 21

With so many high seeds dropping in the South Region, Arkansas has some legitimate Final Four aspirations. But if it wants to capitalize on having some of the best March Madness odds of any team left in the Big Dance, it will need to put together a full 40 minutes of basketball.

The Razorbacks struggled early for the second straight game, taking a lot of questionable shots en route to falling behind early against No. 6 Texas Tech in the Round of 32. And for the second straight game, Arkansas came roaring back in the latter portion of the first half, going on a 20-8 run over the final 10:35 (and giving up just two points in the last 4:48) to go into the break with a 13-point advantage.

Unlike the win over Colgate, however, the Hogs had to sweat things out to the final whistle, as a couple of late runs from the Red Raiders made it a one-possession game in the final minutes. But a missed free throw on the front end of a one-and-one and two missed layups – including one as the final buzzer sounded – allowed Arkansas to escape with a 68-66 win.

Arkansas will certainly want to start (and finish) stronger, but will it even really matter against an Oral Roberts squad that seemingly has destiny on its side?

Oral Roberts was 12th in the nation this year with 81.5 points per game and overcame an 11-point second-half deficit in a thrilling 81-78 win over seventh-seeded Florida. The Golden Eagles allowed Florida to shoot 55.2 percent from the floor but forced the Gators into 20 turnovers, including two costly ones in the final two minutes, to finish the game on a 25-11 run.

The 15th-seeded Golden Eagles have been outshot by their opponents (48.8 opp. field goal percentage) in two tournament games but have won the turnover margin 36-18 to drive their two upset victories. Those first two opponents, however, were ranked 45th and 75th in KenPom’s adjusted defensive efficiency—and Arkansas comes into this game ranking 11th in the nation.

Arkansas is the most complete team the Golden Eagles have faced and can force even the most potent of offenses – Colgate was second in the country in scoring and Texas Tech is 31st in adjusted offensive efficiency – into prolonged scoring droughts, so don’t be surprised if it clamps down on Oral Roberts as well.

We recommend waiting to see if public love for the Cinderella knocks the spread down a few points, but we have no problem backing the Hogs right now.

Max Abmas and Kyle Obanor have led the way for Oral Roberts, combining for 56.5 points per game, but Arkansas has some incredible on-ball defenders, including freshmen Davonte Davis and Jaylin Williams, plus senior Jalen Tate.

Look for the Razorbacks to put a lot of emphasis on taking the ball out of Abmas’ hands and make the offense run through anybody else—taking the Golden Eagles out of their rhythm and forcing plenty of contested shots, as they did when they held Texas Tech to just four made field goals over a 15-minute stretch spanning the first and second halves.

Colgate (which averaged 86 points per game) and Texas Tech (72.8 ppg) finished with 66 and 68 points, respectively, as Arkansas dictated play and turned each into one-dimensional offenses—they shot a combined 46.8 percent from beyond the arc but only 37.8 percent from the field overall.

The Razorbacks will let their opponents score via the triple but, considering Oral Roberts is shooting just 32.3 percent from deep and has two players who account for 73.7 percent of its offense, don’t be surprised if Arkansas holds the Golden Eagles to one of their lowest scores of the year.

Arkansas can certainly score itself but it will be happy to put the clamps on ORU. The Under has cashed in four straight games for the Hogs, so even if they put up a big number themselves, this total is so high I see it coming up short.

Speaking of the Arkansas offense, it only finished with 68 points against Texas Tech, but there were plenty of positives to take away.

First, the Red Raiders were 19th in the nation in adjusted defensive efficiency, 316th in adjusted tempo, and forced the Hogs to shoot just 23.5 percent (4 of 17) from beyond the arc—well below their season average of 7.8 triples per game at a 33.8-percent clip.

Second, senior Justin Smith has been a monster with 24.5 points per game in the tournament (well up from his season average of 13.6 ppg), while star freshman Moses Moody finally showed up after three nondescript halves. Moody scored just 12 points on 4-of-8 shooting against Colgate, then had just four points on four shots in the first half against Texas Tech. He came out in the second half, however, and was far more aggressive, scoring 11 points in the final 20 minutes.

Getting their leading scorer and key senior firing in tandem will be huge for the Hogs, especially against an ORU team that loves to push the pace (16th-lowest average time per possession), is 235th in the nation in adjusted defensive efficiency, 229th in opponent 3-point percentage, and allows opponents to grab one-third of all available offensive rebounds (332nd in the country).

The Hogs put up 85 against a similar-style defense in Colgate, so we see no reason why they can’t do the same against Oral Roberts as they march on to the Elite Eight.

Did you know that if you parlayed today’s March Madness Oral Roberts vs. Arkansas picks, you could win $57.56 on a $10 bet?

Use our March Madness parlay calculator to create your own parlays and see their potential payouts.

Where can I bet on March Madness odds? 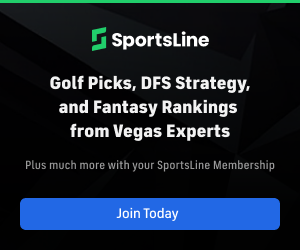