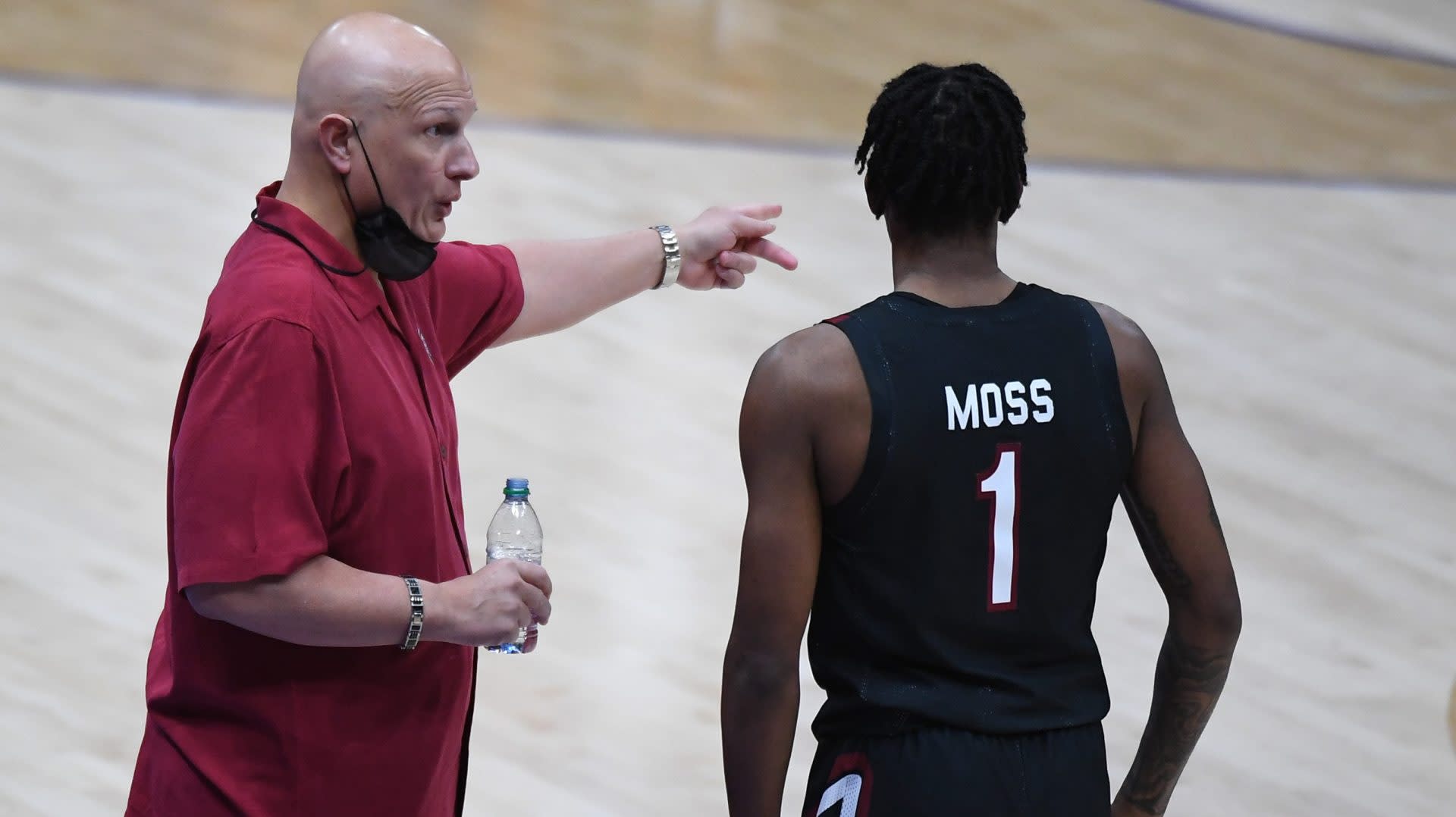 The school’s board of trustees approved the deal.

The move ends more than a month of questions about Martin’s future after the Gamecocks finished the season with a 5-16 record and have not qualified for the NCAA Tournament since he led them to the Final Four in 2017.

Martin did not receive a raise – he’s set to make $3.2 million next season – and the university will not owe him a buyout if he’s dismissed in the final two years of the deal. Martin also won’t owe the school if he leaves for another job during the last two seasons of the contract.

Martin will make $3.3 million in the final three years of the contract.

The coach has a 153-131 record in nine seasons at South Carolina. His teams have gone 70-88 in Southeastern Conference play.

Martin and the Gamecocks struggles this year in part due to the coronavirus. Martin twice tested positive for COVID-19, once last May and again in January. The team played just twice between Dec. 5 and Jan. 16 because of stoppages brought due to the pandemic.

Martin could be coaching a vastly different team next season.

Four players – forwards Jayln McCreary and Justin Minaya, and guards TJ Moss and Trae Hannibal – had entered the transfer portal since the season ended with 76-59 SEC Tournament loss to Mississippi on March 11.

Two additional players, starters in forward Keyshawn Bryant and guard Jermaine Cuisnard, have entered the NBA draft process. Neither has hired an agent so they could return to college.

Carter, who is from Columbia, averaged 12.7 points for the Racers last season. The 6-foot-7 Wilson enters as a grad transfer and is George Mason’s all-time career leader with 212 blocked shots.

The team’s leading scorer, junior forward AJ Lawson, has not yet made his intentions know for next season. Lawson went through the draft process after his freshman season, but returned to school. He was interested in the NBA after his sophomore season until the pandemic changed the process and he once more returned to campus.

Had the university fired Martin, it would’ve owed him $6.5 million – a hefty sum given the $12.9 million it paid dismissed football coach Will Muschamp to settle his contract.

Martin’s assistant coach Chuck Martin, no relation to the head coach, also received a one-year contract that was approved by the trustees.

Jared Hochman Mar 19, 2021 – 6:00 PM ET A pair of big-name programs populate the No. 8 and No. 9 spots in the South Region as the North Carolina Tar Heels take on the Wisconsin Badgers in an intriguing college basketball betting matchup. Wisconsin was a whipping boy for the Big Ten’s elite (of…

Dustin Schutte | 1 month ago https://bucket1.mm-syringe.com/prod/configs/cfc99d16-afee-2aa1-1a4d-f99899ac31e6.jshttps://bucket1.mm-syringe.com/prod/injector/injector.1.5.2.jsWisconsin made Friday evening’s game against North Carolina look easy. The Badgers built a double-digit lead at the end of the first half and continued to build in the final 20 minutes, cruising to a 85-62 victory over the Tar Heels. Greg Gard’s team became the first team in…