South Carolina had its hands full with Troy on Saturday afternoon. Eventually, though, the Gamecocks prevailed with a 24-13 victory.

The Trojans were trying everything to win, though, including trying to draw flags on the Gamecocks for unnecessary roughness.

As you can see below, one Troy defensive player gave an Oscar-worthy performance with this dramatic flop during the second quarter of the game:

I completely missed the Lebron flop from Troy’s 99 while watching the game live pic.twitter.com/Ba0EE1C1wS

No flag was thrown on the play, as the official was looking right at the player who flopped. The official even helped the player up.

That might work when the official doesn’t have a clear line of sight, but this attempt to draw a flag was doomed from the start.

Pennsylvania sports betting took a step back in May, as handle fell around 7% month-on-month to $447 million. PA sportsbooks, however, made those bets count, with revenue ticking up around 4% month-on-month to $37 million.  The revenue gain was driven by a healthy 8.4% hold rate for the month, per the state report released Thursday.…

Rays vs. Blue Jays Prediction Which side will take the rubber match on Wednesday afternoon when the Rays and Blue Jays meet in Toronto at 3:07 p.m. ET? Michael Wacha will oppose Robbie Ray in the pitching matchup. 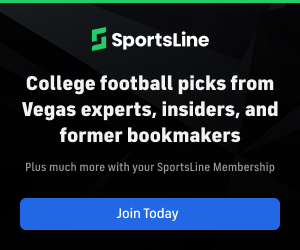